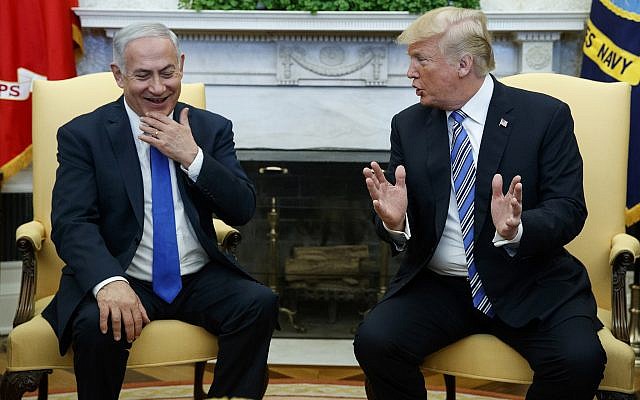 The Trump administration’s proposed Israeli-Palestinian peace plan has been completed, and the US president has been briefed on its contents, senior administration officials told Fox News on Tuesday.

A senior negotiator swiftly denied the report as “bad info.”

“The plan is done… [the president] is happy with the parameters of the deal,” a senior White House official was quoted as saying.

According to the report, the document is 175 to 200 pages long, and fewer than five people have access to it.

The official added that the White House is unlikely to publish the draft before Israel’s elections in April.

The official said Israel’s security would be safeguarded in the proposed deal.

“We are not going to do anything that threatens Israel’s security,” the senior administration official reportedly said.

Fox reported that Trump has been briefed numerous times on details of the plan by US Ambassador to Israel David Friedman, Middle East peace envoy Jason Greenblatt and senior adviser Jared Kushner. 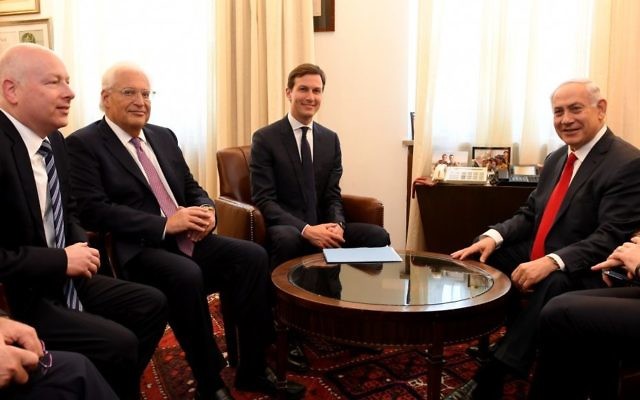 In a tweet, Greenblatt denied that the plan had been finalized and said it did not run to 175 pages.

“While the plan is close to complete, we aren’t there yet & we’ll continue to refine it until release,” he wrote.

The report came days before Kushner’s appearance at a US-led conference in Poland on the Middle East, where he is expected to the discuss the White House’s peace efforts and take questions from the audience.

Kushner, who is also Trump’s son-in-law, will be accompanied in Warsaw by Greenblatt. Along with other administration officials, the two are headed to the Middle East later this month to brief diplomats in at least five countries on the economic section of the US peace proposal.

A senior US official told The Times of Israel last week that Washington did not need to balance its pro-Israel stance in order to broker a peace deal. 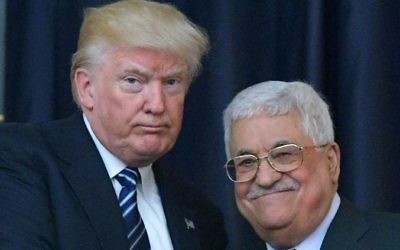 US President Donald Trump, left, and Palestinian leader Mahmoud Abbas pose for a photograph during a joint press conference at the presidential palace in the West Bank city of Bethlehem on May 23, 2017. (AFP/Mandel Ngan)

“We don’t believe that in order for us to work on a peace effort we need to have an equivalency, where we can only say certain things about Israel if at the same time we also say something about the Palestinians,” he said.

The official said a date for the peace plan’s rollout has not yet been decided and there are “numerous considerations” that may play a role and push its release back to mid-May at the earliest.

The PA has boycotted the American administration since Trump’s 2017 recognition of Jerusalem as Israel’s capital, a move it said meant the US could no longer serve as a mediator in peace talks.

Agencies contributed to this report.