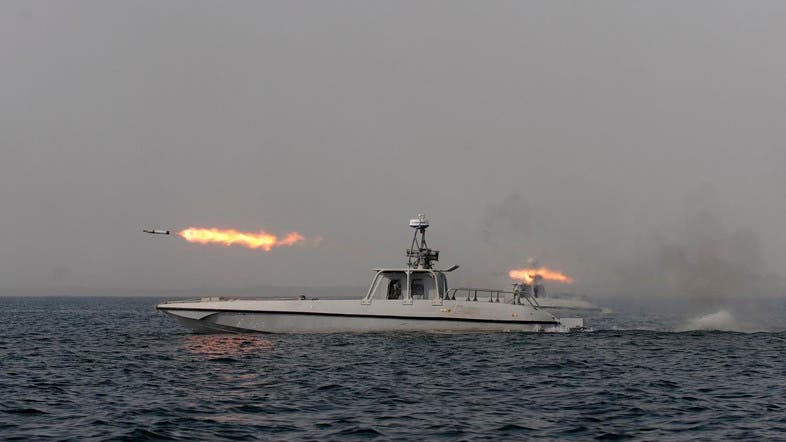 The deputy commander of Iran’s powerful Revolutionary Guard said Iranian forces will close the strategic Strait of Hormuz to the United States and its allies if they “threaten” the Islamic Republic, Iranian state media reported on Wednesday.

The comments by Gen. Hossein Salami, carried on state television, follow a long history of both rhetoric and confrontation between Iran and the US over the narrow strait, through which nearly a third of all oil traded by sea passes.

The remarks by the acting commander of the Guard also follow those of Supreme Leader Ayatollah Ali Khamenei who on Monday criticized US activities in the Persian Gulf. It’s unclear whether that signals any new Iranian concern over the strait or possible confrontation with the US following its nuclear deal with world powers.

In his remarks, Salami said that “Americans should learn from recent historical truths,” likely referring to the January capture of 10 US sailors who entered Iranian waters. The sailors were released less than a day later, though state TV aired footage of the sailors on their knees with their hands on their heads.

“If the Americans and their regional allies want to pass through the Strait of Hormuz and threaten us, we will not allow any entry,” Salami said, without elaborating on what he and other leaders would consider a threat.

He added: “Americans cannot make safe any part of the world.”

Lt. Rick Chernitzer, a spokesman for the US Navy’s 5th Fleet in Bahrain, said American sailors “continue to operate in accordance with professional maritime standards and international law” in the Persian Gulf region.

“We remain thoughtful, vigilant and responsible mariners as we conduct our operations here,” Chernitzer said in a statement to The Associated Press. “We do, however, reserve the inherent right to self-defense.”

The US and Iran have a long history of confrontations in the Persian Gulf. They even fought a one-day naval battle on April 18, 1988, after the near-sinking of the missile frigate USS Samuel B. Roberts by an Iranian mine. That day, US forces attacked two Iranian oil rigs and sank or damaged six Iranian vessels.

A few months later, in July 1988, the USS Vincennes in the strait mistook an Iran Air flight heading to Dubai for an attacking fighter jet, shooting down the plane and killing all 290 people aboard.

US Navy officials say they face near-daily encounters with Iranian naval vessels. In January, an unarmed Iranian drone flew over a US aircraft carrier in the Persian Gulf, the first since 2014, according to Navy records obtained by the AP.

The US has also criticized what it called a “highly provocative” Iranian rocket test in December near its warships and commercial traffic. Iran said it has the right to conduct tests in the strait and elsewhere in Gulf.

Iran also sank a replica of a US aircraft carrier near the strait in February 2015 and has said it is testing “suicide drones” that could attack ships.

Without minimizing for a moment those things dividing Washington and Moscow over Syria, there is at least agreement in principle on three fundamental points: all-Syrian peace negotiations in Geneva should focus on United Nations-mandated political transition leading to democracy and pluralism; that a “cessation of hostilities” in western Syria should boost these negotiations by suppressing violence; and that reduced mayhem should allow the rapid delivery of humanitarian aid to desperately needy Syrians as demanded by multiple Security Council resolutions. Yet none of this matters in the least to Bashar al-Assad. He rejects it all.

Assad rejects the very basis of peace negotiations: political transition guided by a transitional governing body negotiated by mutual consent and exercising full executive power. The fundamental terms of reference for the Geneva talks are found in the June 30, 2012 Final Communiqué of the Action Group on Syria (which featured the permanent five members of the UN Security Council). The most fundamental of those terms is political transition from the current state of affairs to a democratic and pluralistic Syria. Yet Bashar al-Assad—a person presiding over a family-based clique clinging to power through collective punishment and terror—cites the Syrian Constitution as taking priority over the expressed will of the international community. This murderous regime taking refuge in a rule of law argument featuring a constitution honored exclusively in its breach gives new meaning to obscenity.

As for the “cessation of hostilities,” Assad correctly sees it as a threat to his family, his entourage, and a system that treats Syria as private property. The reason he has spent five years concentrating lethal force on civilians is because that which he fears more than anything is the growth of civil society and self-government in Syria. To stop the air and artillery attacks against schools, hospitals, bakeries, apartment blocks, and the like is to run the risk of empowered local governance taking root. Therefore he uses the recess in Geneva talks to resume mass casualty atrocities in the Damascus suburbs. He does so with impunity, knowing that the West has protected not one single Syrian man, woman, or child from his attacks and believing that neither Moscow nor Tehran has any standing (if intention) to protest against mass murder.