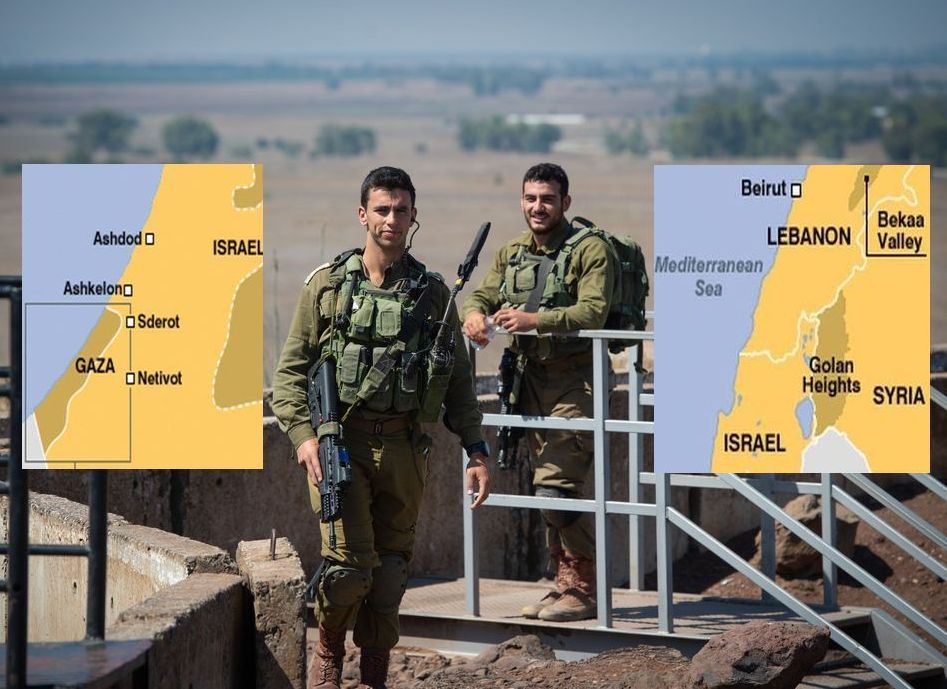 “The countdown has started for the battle of Quneitra,” Syrian and Iranian propaganda machines trumpeted on Friday, July 13. Since Thursday, DEBKAfile reports, troops have been pouring out of Daraa towards the Quneitra region opposite Israel’s Golan border. They consist of the Syrian army and National Defense Forces (NDF) which are composed of Hizballah and Iraqi and Afghan Shiite militias commanded by Revolutionary Guards officers. On Friday, Syrian air defense units in Quneitra and Damascus were placed on war alert against potential Israeli aerial bombardment.
Friday night, Hamas shot 31 rockets into Israel amid two Israeli Air Force strikes in Gaza
Another straw in the winds of war came on Friday from Ali Akbar Velayati, Iranian supreme leader Ayatollah Ali Khamenei’s adviser on external affairs. After meeting Russian President Vladimir Putin in Moscow, he said: “We will immediately leave if the Iraqi and Syrian governments want it, not because of Israel’s and American pressure.” Tehran has therefore welded together its Syrian and Iraqi policies and made them interdependent.

He went on to say: “We will counter the Americans powerfully… We will help Syria counter…US aggression. If the US does not want to leave our region, we will force it to do that. For the Iranian regime. the US and Israel are interchangeable.”
Velayati’s words are significant in three respects:

All these moves portend the launching of the Quneitra offensive in the next 48 hours – before or during the Trump-Putin summit. Syrian, Iranian and Hizballah leaders will not hang around and wait for its outcome like Israel. As a result of the Israeli government’s passive stance, the IDF is facing active warfare on two major fronts, the Golan and the Gaza Strip.

Prime Minister Binyamin Netanyahu and Defense Minister Avigdor Lieberman committed a disastrous mistake when they did not resist Hamas’ latest bomb-for-bomb ultimatum. This gave the Palestinian terrorists parity with the IDF and the freedom to call the shots on whether the Israeli communities living next door live in peace. The Hamas example has given Iran, Syria and Hizballah ideas about how to dictate the terms of war in Quneitra. Israeli leaders have maintained that their hands are tied for crushing the Hamas terror machine operating out of the Gaza Strip by the more substantial threat from the north. By this inaction, they have condemned the IDF to fight on two simultaneous fronts.