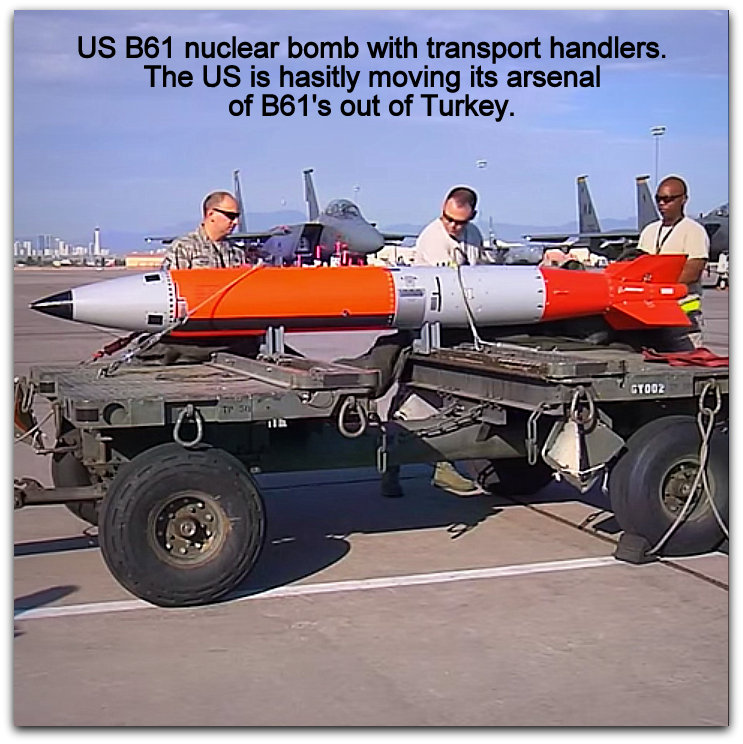 The US decision to remove its nuclear arsenal from Turkey is apparent confirmation that, almost overnight, Erdoğan has abandoned his alliance with the West and shifted to the East, vis-a-vis Moscow. His anticipated welcome to Tehran’s superpower teammates, Russia and China, has sobering implications for Israel.

In a move characterized as “an earthshaking Middle East development,” the Israeli intelligence news service, DEBKAfile, reports that the United States of America is hastily removing its entire nuclear arsenal out of Turkey. It is yet another indication that the USA is “folding its tents in the Middle East.”

And taking its place? On land, in the skies and from the sea: Russia.

Moscow is rapidly expanding its air force footprint in the region with a new base in Iran following its facility in Syria. Advanced bombers and fighters are stepping up operations in both countries, while Russian warships carrying Kalibr cruise missiles gather in the Mediterranean and Caspian Seas, DEBKA reports. 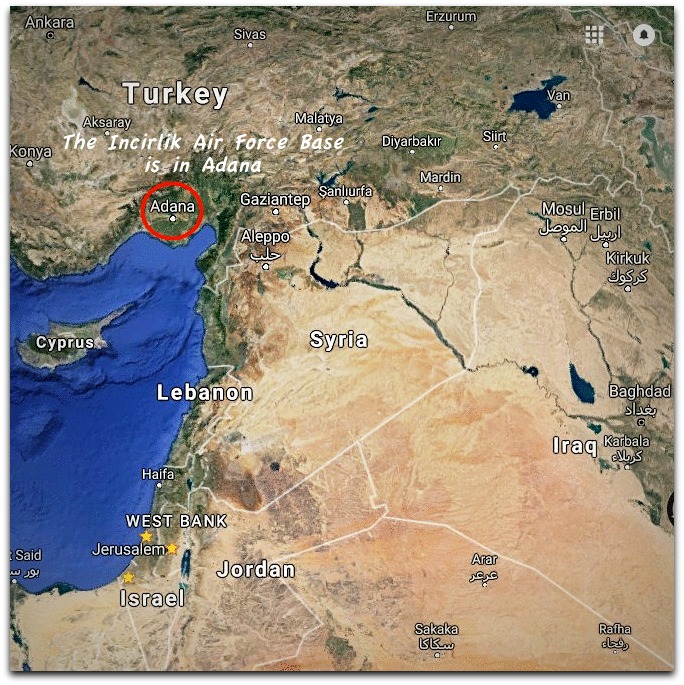 For years, the US has maintained an arsenal of 50 to 70 B61 nuclear bombs at the southern Turkish airbase of Incirlik. They have been kept in underground bunkers, close to airstrips where, of late, US bombers have been launching missions against ISIS in Syria only 70 miles (112 kilometers) away.

Those missions came to a virtual halt after an attempted coup to oust Turkey’s President Recep Tayyip Erdoğan in mid-July. In the aftermath of that unsuccessful coup, Erdoğan implictly accused Washington for it.

My people know who is behind this scheme… they know who the superior intelligence behind it is… you are giving yourselves away, he said.

Erdoğan’s reference to “the superior intelligence” was an all-but transparent reference to US President Obama and the military-intelligence forces under his control as their Commander in Chief.

Based on the conviction that Washington was behind the coup, Erdogan immediately began rapprochement talks with Russia. On 17 July, only two days after suppressing the attempted overthrow, he ended his nation’s feud with Russia. After meeting with Russian President Putin on 8 August, the two countries agreed to share intelligence, military and energy resources. In the aftermath of that agreement, there have been calls in Turkey to replace US warplanes at Incirlik with Russian fighters.

It is for these reasons, and probably more, that analysts today believe Erdoğan is also on the verge of joining Moscow’s alliance with Tehran.

If so, in a matter of weeks, Erdoğan has abandoned his country’s alliance with the West, vis-a-vis NATO, and pledged his allegiance to the East, vis-a-vis Moscow.

The USA’s rapid removal of its nuclear arsenal from Turkey seems to verify this conclusion.

The implications of this ‘overnight’ realignment of powers has profound implications for the Jewish State. In the name of defeating ISIS, Turkey, Russia and China have all allied themselves with the Islamic Republic of Iran, a nation that is explicitly committed to Israel’s annhilation. Right now the focus of this massive international league is ISIS. But next on the list, according to Tehran, is Israel.

Brian Schrauger is the Editor-In-Chief of The Jerusalem Journal. He can be reached at Editor@JerusalemJournal.net