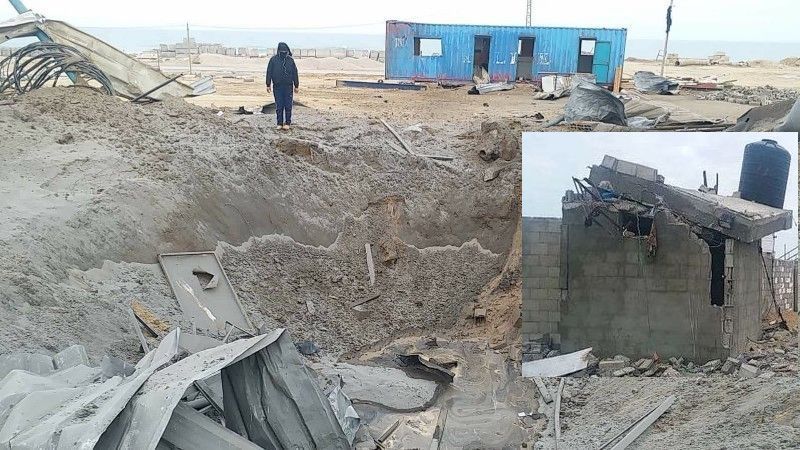 On Friday morning, March 15, the IDF spokesman reported the bombardment of 100 Hamas targets by IAF jets, helicopters and drones, in response to a twin rocket attack on the Tel Aviv region the night before. That sounded like a lot, but DEBKAfile’s military sources say it does not add up to very much. Since there were no Palestinian casualties, it means that none of Hamas terrorists responsible for the Tel Aviv rocket attack paid a price. Their military compounds were evacuated in good time in expectation of the Israeli reprisal. Photos show lightly damaged buildings and deep craters from exploding IDF ordnance. The Palestinian terrorist group will therefore hardly be deterred from taking another crack at Israel’s heartland cities. Their leaders will even be encouraged to continue after getting away with it this time.
Nothing has therefore changed in the familiar, pointless tit-for-tat strategy employed by the predecessors of IDF Chief of staff Lt. Gen. Aviv Kochavi, and Defense Minister Binyamin Netanyahu, except for the fact that now, the IDF has for the first time named Hamas as responsible for the rocket attack on Tel Aviv.

On March 30, Hamas marks the first anniversary of its “March of Return” campaign which unleashed a year of unbridled cross-border violence from the Gaza Strip. For a whole year, the government and military were helpless to check the riots, bombing attacks on soldiers, incendiary balloons and other harassment. It is therefore not surprising to see Hamas and Islamic Jihad much strengthened and more brazen than ever before. Indeed, a free Palestinian election if held today in Judea and Samaria would be a cakewalk for Hamas.
The diplomatic path for solving the Gaza issue chosen by Prime Minister Binyamin Netanyahu is clearly still in force. Backed by US President Donald Trump, Netanyahu is working with Egyptian President Abdel-Fatteh El-Sisi and Qatar’s Emir Sheikh Tami al-Thani, towards the ultimate goal of establishing an independent Palestinian state in the Gaza Strip instead of Judea and Samaria. So long as the Netanyahu government sticks to this course, the security situation in Gaza will go from bad to worse. The prime minister and his army chiefs appear to have decided that Israel must live with occasional Palestinian rocket fire on its cities. And so, on Friday morning, the cover-up began: the IDF spokesman issued a statement which said the rockets against Tel Aviv were launched “by mistake.” This claim is as credible as the military spokesman’s attempt eight months ago to wave away two Grad missiles aimed at Beersheba, one of which flattened a house, by attributing the destruction to a “bolt of lightning.”